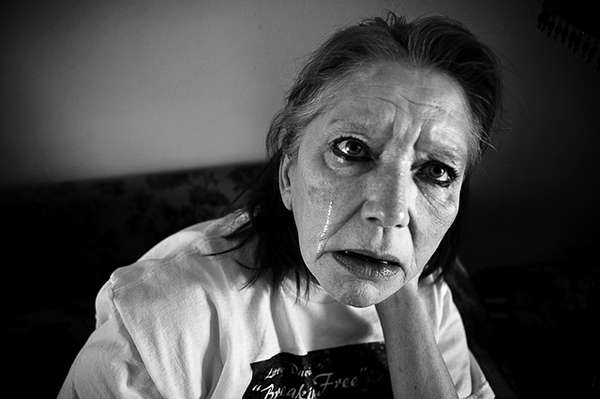 Marie C. Hudson — July 21, 2011 — Fashion
References: holyghostzine & viceland
Chris Asadian has released an incredibly personal series of photographs which document his mother's struggle to live with schizophrenia. Originally from Ypsilanti, Michigan, Asadian has used photography to cope with the illness, and to rebuild a relationship with his mother. "I probably would not have had the inclination to spend the many days and nights I've had with her, if I had never picked up a camera," he tells Holy Ghost Zine. The camera allows people to see and experience things they may not be able to appreciate on a daily basis.

The photographs are extremely touching and tragic all at once, and it is very brave and honest of both Chris Asadian and his mother to share these with the world. From her home and furniture littered with cigarettes, to her time spent at the University of Michigan Hospital, it is clear to viewers that this has not been an easy life for both mother and son.
6.1
Score
Popularity
Activity
Freshness