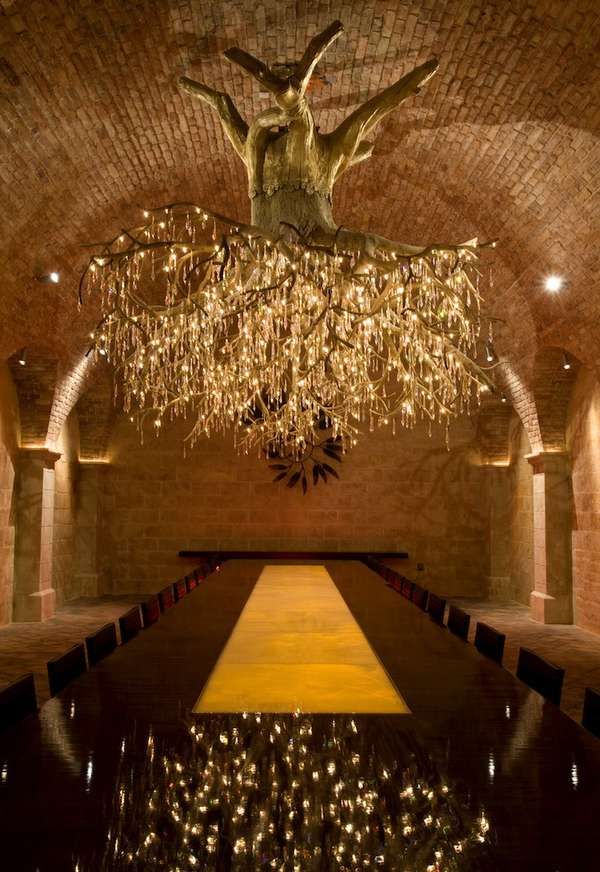 The Chilean Red Chandelier Channels Rustic and Refined for a Winery

Meghan Young — September 24, 2012 — Art & Design
References: donaldlipski.net & mymodernmet
Share on Facebook Share on Twitter Share on LinkedIn Share on Pinterest
Chilean Red, which is a clever anagram for the word 'chandelier,' is in fact a chandelier. Nevertheless, it could easily be mistaken for a sculptural art installation as well. That is because it resembles an upside down tree fit for the halls of a long lost king.

Designed for the grandeur caves of a winery, the Chilean Red chandelier was created by sculptor Donald Lipski in collaboration with fellow designer Jonquil LeMaster. Specifically erected at the Kathryn Hall Vineyards in Rutherford, California, the Chilean Red chandelier boasts 1,500 dazzling Swarovski crystals. It accentuates the refined, almost Gothic, ambience of its surroundings while channeling the trade of the business. Chilean Red mimics the surfaces of grape vines through its texture and branches.
5.2
Score
Popularity
Activity
Freshness
Jeremy Gutsche Keynote Speaker