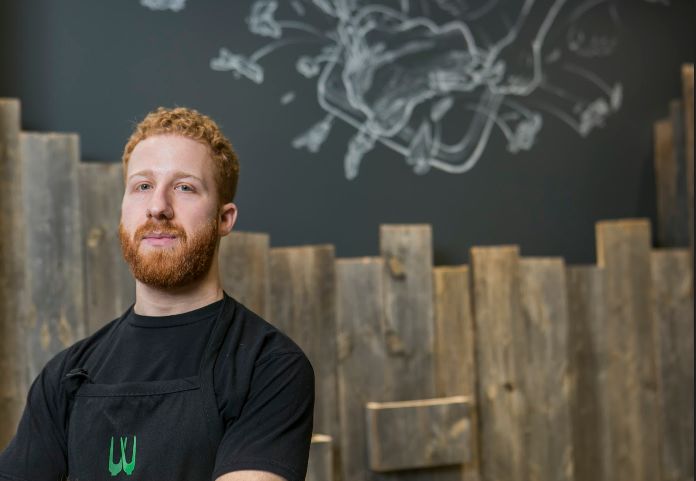 Ellen Smith — January 23, 2018 — Business
References: instagram
Share on Facebook Share on Twitter Share on LinkedIn Share on Pinterest
Chef Michael Kaplan is the owner of a casual eatery in New York City called Two Forks that values the benefits of slow cooking, while prioritizing efficient service. More recently, the esteemed chef partnered with Star of Bombay in a unique collaboration that highlighted the importance of slowing down one’s process. Chef Michael discussed how that slow-driven technique relates not only to the restaurant industry, but to inspiring innovation.

Tell me about yourself and what you do.

I’m a chef and owner of a concept in New York City called Two Forks. Our focus there is on slow roasting different meats and veggies that we serve in a very fast environment. So it’s high volume, which is ironic because we’re cooking slow but serving quickly.

Can you speak to your new partnership with Bombay and how it relates to your restaurant?

Bombay approached me to discuss a partnership because of their new Star of Bombay product, which really showcases this slow vapor distillation process that they’re taking advantage of. There’s definitely a lot of synergy between the slow cooking technique and creating a new, premium spirit. So, the way in which they extract those flavors and build this smooth final product has a lot to do with what we cook, and the flavors we try to build at Two Forks.

Could you tell me about a time when you were creative, even when working in such a fast-paced industry?

Most notably, with the restaurant itself. Rather than focusing on one genre of food, we went for a technique-driven concept, so we really played with a ton of different flavor profiles that don’t normally go together, or that people would think wouldn’t pair well together. When we combine these components we find a place where they can all marry well.

Although thinking outside the box is important, can you think of a time when staying true to your personal style paid off?

It’s always important as a chef to stay within your specific style and although it’s important to experiment from time-to-time, everybody has their own unique outlook on the way food should be prepared and created. Doing everything with your own personal style and touch is always the best way to do it, because you can make something special no one else can.

What the best advice to give to someone stuck in a creative rut? Are there any rituals you take part in to find inspiration?

I’m a very obsessive personality so I’m all about the ritual, but for me just kind of going with your gut and riding the wave is all you can do. You’re going to hit hurdles when you’re starting something new but it’s how you overcome those hurdles that separates those that get where they want to be from those who don’t.

Do you look to adjacent industries for inspiration?

Yeah I try to play off of the art and fashion world when it comes to the packaging of our food and the plating as it represents the brand at large.
5.3
Score
Popularity
Activity
Freshness
Get Trend Hunter Dashboard