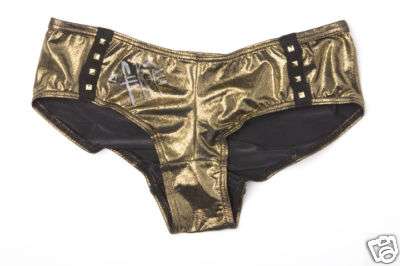 Purchase Fergie's Panties To Do Your Part For Charity

The metallic gold panties contributed by Fergie are one of the hotter items with the most bids so far.

The auction site does not say if any of these undies have been previously worn. I guess they want to leave that to the imagination…
5.6
Score
Popularity
Activity
Freshness
View Innovation Webinars