Anchoring in the Future
Next
Set of
Related
Ideas 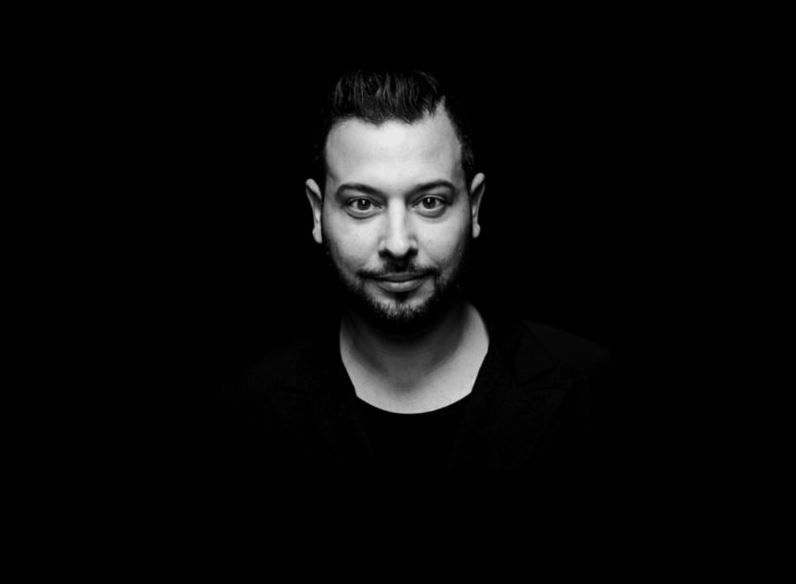 TH: Tell us about yourself and your role at Brand Loyalty International.

PV: I came from product design, and I worked for Nike for more than a decade. After that I moved to Brand Loyalty, which is a company that does loyalty programs for all types of food retail, and I do all the divisions for the kids toys promotion. Everything that has to do with physical toys, digital gaming, program enhancements, marketing, even sometimes TV ads -- so I do creation for how programs are going to look in stores for their twelve week duration. Through licensing I also work with Disney, Marvel, and Star Wars.

How do you and your team generate ideas? Do you have certain rituals to make creativity happen?

We usually try not to go to the obvious brainstorm. Our company takes up a huge amount of space, five storeys, but we have no meeting rooms. So we try to always have a casual environment, and we try to understand the discussion by working in reverse. We always try to hear not what our client wants, but what the consumer wants. We backtrack from the consumer, into the client, and then to us: how can we cater for all this change? Our team is composed of designers, concept developers (who embody a story and make it happen) — however, we always have different people in the discussion: sometimes we have salespeople, sometimes we actually bring in our clients, sometimes we even have a panel with kids. It all depends on the objective of what we’re trying to get.

Which actually have one that is huge: when we have the type of job we do, common sense and personal taste are used too often. We get a lot of feedback from people participating who are trying to get suggestions, and everyone thinks innovation is just this funnel looking forward. It’s the digital era or the hybrid era — just looking forward based on personal opinions. Whereas we have a motto on the creation team: “Always walk backwards to the future with an eye on the past.” Innovation can be anywhere, so we’re always trying to have people thinking over the whole field. Let’s talk about Star Wars: we’re not talking just about the brand with spectacular toys, we’re also talking about generations, about parents understanding the language that the kids are using, and so on. So we try to take people out of their comfort zone and make sure that personal opinions are left off the table.

How do you identify trends? What resources do you and your team use to spot trends?

Sometimes we use companies and their reports, but we don’t base our decisions or judgements off of those. They’re simply prerogative for us to have a certain indication of where we stand. But one thing we avoid because we work with kids is that everyone has the tendency to say, “Well you work with children, you have to think like them.” We are adults; we cannot think like kids. We instead have to understand what makes them tick and what makes them have fun and excitement, but this also has to be appealing to us. So first of all, if you work in this industry and you want to work for us, you really have to have passion for what you do. You have to like it. You don’t need to come with a CV saying “I’ve been working at this place for thirty years” if in the end you don’t know what Star Wars is about. You really need to be in with the brand. If you do what we do, you travel constantly. We go to Walt Disney parks during the year, we visit all the stores, we talk to clients, and after we get everything on the table, there’s always a direction that we understand things are going. For example, we always try to measure the success of movies; it might sound a little cliche, but it’s a big barometer we use. I remember when Deadpool came out, we already knew it was going to be a success because the ten of us travelling would see people dressed as Deadpool everywhere, for a year and a half. If you’re integrated into the environment, you really see things taking shape, and you know they’re going to have success.

I have to spend a lot of time alone. It’s not in terms of individualism — I love working with my team — but in my particular case, I like to be alone. I don’t ever go back to basics, that’s not the idea, but I like to see things with fresh eyes. One of my favorite cities for example is San Francisco. I walk the same street, Geary Street, up and down many times, because I know I will see something different there every time. That makes me feel a bit more optimistic about what I do. I really like to have this sense of being alone, but not lost.

Absolutely! And I have an example. You know when you buy a sticker pack or a trading card pack you have this plastic foil bag and then you open it and you have the card inside, right? When we distribute these promotions, you have to remember this is in food retail, we are talking about 150,000 packs of stickers. So if you take two to four grams per pack that you waste, you throw like 60,000 kilos of plastic away. And that’s the first thing I thought: “How can I eliminate the sticker packs?” I went to a mailing company in the Netherlands, and I told them, “There has to be a secure way that I can seal these stickers without having to use a package.” And we developed a self-enveloping system which not only saves all the plastic in production, but also saves costs, lead times, adds efficiency. In six months we created something that’s 100 percent sustainable, and it has less cost. And this all comes from a paper designer who makes books. He has nothing to do with our industry. So we try to tap into these facilities, and we’re accepting of the craziest ideas that come from the outside.

I’m known for my last minute decisions. For example, I have an intern, and I arranged with her boyfriend to have her bag packed, and I had her come to Japan with me and the rest of the team for research — that day. She just came to work, and I told her, “Here’s your documents, now at 2 o’clock we’re going to fly to Tokyo.” That put her in a completely different environment than she was expecting — the most insane environment she could expect. And it looks like we upgraded her 1,000 percent. She became so aware of how different things are and how we have to foster different cultures. It’s that element of surprise that we are always trying to do. People know that my budget for my team is always based on the element of surprise; know one knows what’s going to happen tomorrow. We want people to get out of their comfort zone. Sometimes, of course, it’s frustrating or fearful, but that is also part of the process. That’s how we try to foster innovation: by putting people in the wrong place at the wrong time. It works wonders.

We are very strong in data, we’re actually aligned with a data company that’s a Fortune 500 company, and that is key. But we have a rule that applies to the whole company, which is “getting personal.” Getting personal, for us, is the key to the future. For example the retailers, who have a bit more of a thick mentality, they’re opening up to this, to get personal. It doesn’t matter how big your surface is, you can get personal. We have been developing ways for consumers to redeem their rewards at supermarkets, and the information we receive is almost an alternative consciousness. This is great, because we’re connected to the end consumer almost as if we’re sitting next to them. That breaks a whole chain of marketing that used to exist by being all about people. As we are with company culture, we need to see the same with the end consumer — you need to get personal.

What’s the craziest thing you have done to get creative inspiration?

We really try to be open to everything. You can imagine when you work with toys on a global scale, there are always people pitching ideas. So sometimes we receive presentations where we think, “Wow, this looks completely strange.” But we give everyone the same fair chance, and this is what inspires me. I have people who are 70 years old, people 15 years old coming in, all types of ages pitching their products. It’s unbelievable; it’s like you’re sitting down in a school room learning everything over and over again every day. So now we have open pitch days every month, and that’s always the day I’m looking forward to, because I know I’m going to learn something new.

How do you approach the Millennial demographic?

They’re the biggest consumers at the moment, but they are leaning in a direction where they’ve been saturated already — they’ve gotten to the point where they have consumed what they can consume — and now they want to aim for quality. There’s way less quantity and more quality, more exclusivity. They are becoming more refined. They’re willing to pay for that difference instead of buying the mass quantity. If you’re asking me, would I rather sell 1,000 coffee mugs with Mickey Mouse or make a signature collection where I sell half of that in plates, I would go for the plates.

What’s an example of a successful innovation that you’ve implemented?

We did a program for Star Wars with collecting tokens called Cosmic Shells [ed. note: see image]. This was at Countdown, a food retailer in New Zealand. For every ten dollars you spent there, you collected an octagonal token with an image of a character, and when you collect them all, you have a kind of library of Star Wars characters. These tokens can be scanned with an app, which unlocks a movie of a ship connected to the character on the token. Lucasfilm told us directly, “We cannot allow you to make an app — we’ve done them all, we’ve done everything you can do with an app.” But we actually created something they never thought of. We connected the smartphones to flat-packed boxes (the Cosmic Shells), and the app works with the lens and mirror system in the Cosmic Shell to project the ships as holograms. The people at Lucasfilm were stupefied. This is the cheapest parlor trick you can find on the streets of China where they do it with little fishies and whales, but no one had thought to do it with Star Wars. That got us nominated for the Disney innovation award, and it shows that innovation is about taking what you know and applying it to the exact right circumstances.