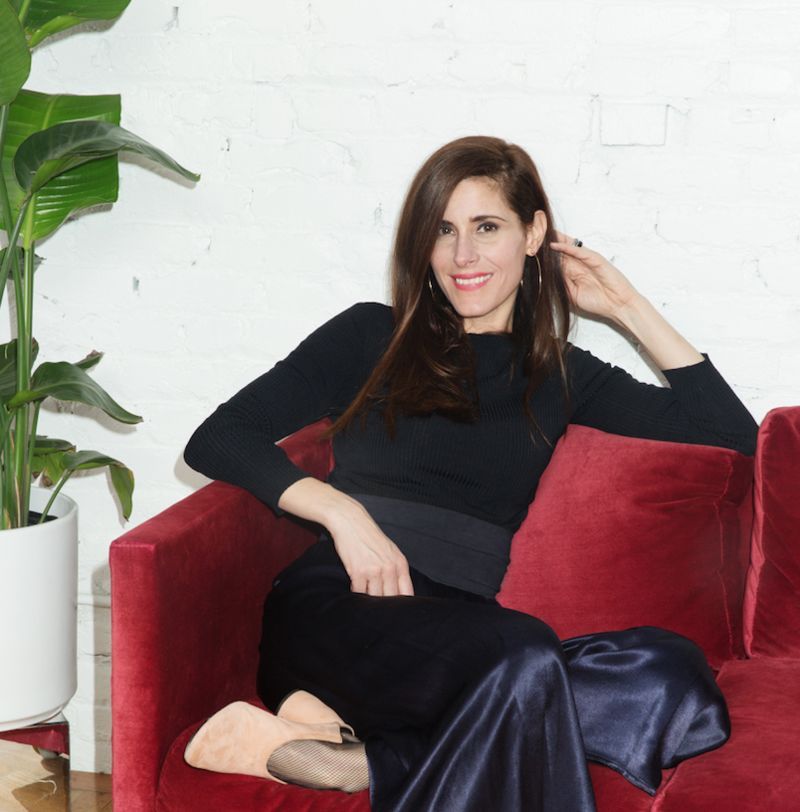 Riley von Niessen — January 29, 2019 — Business
References: facebook & vanderpop
Share on Facebook Share on Twitter Share on LinkedIn Share on Pinterest
Van der Pop is a women-focused cannabis brand that was launched back in 2016 by entrepreneur April Pride. The brand aims to open up the vast world of cannabis and its different benefits to a consumer base that is unfamiliar with it, so that they can take advantage of the products that are now available to them.

To gain a deeper understanding of the stigma that continues to follow cannabis use, which ways women are looking to incorporate it into their lifestyles, and much more, Van der Pop conducted its own survey with 1,500 women across North America. To learn out more about the results, we sat down with Pride to discuss the some of the findings.

Leading up to cannabis legalization in Canada, why do you think women felt that there was so much stigma surrounding its use?

The findings from the survey we conducted back in 2017 really highlighted that legalization helped to dispel a lot of concerns, such as issues surrounding insurance coverage and employment. With recreational legalization there was no longer a fear that you’d be arrested for possessing, which was a reality before.

Despite this, we’ve also seen that legalization hasn’t really gotten rid of the societal stigmas that are still associated with cannabis use, which disproportionately affect women. Many women are concerned with how cannabis use might affect how others see them as mothers, or just as women in general. I don’t think we’ve gotten over these issues with legalization -- there’s a rhetoric of shame that’s been created due to the messaging that has followed women for decades and it will take some time to overcome.

How has this affected their comfortability with the cannabis products that are now available to them?

Van der Pop’s goal is to get women to a place where they feel comfortable and confident enough to walk into a dispensary and purchase the products that are right for them. This includes empowering them to find products that can help them deal with women-specific issues, such finding a strain that helps with menstrual cramps. I think that this is still a big hurdle for a lot of women who aren’t used to buying cannabis products for themselves, and we hope that with our resources, they’re able to really take ownership of that.

What has Van der Pop done to combat the stigma so far? What are the greatest barriers to overcome?

Our mission is to start a dialogue among women, and we do this by highlighting different stories from those who have varying perspectives and relationships with cannabis. This helps us to reach a broad range of women, and show that no two stories or experiences are the same. We hope that through these dialogues, other women can get a better understanding of whether or not cannabis would be beneficial to them, while offering guidance on how they can go about incorporating it into their own lives.

With the Van der Pop brand focusing specifically on women, have you noticed that they experience different benefits than men when it comes to cannabis consumption?

When I launched Van der Pop in January 2016, it wasn’t a brand for women, it was a brand for design enthusiasts. It wasn’t until it became my day job and I started really diving into more research that I decided to transition it. I learned a lot about the science behind cannabis and how it affects ours bodies, specifically in regards to how CB2 receptors bind with CBD in a high concentration in the pelvic region.

Women face a number of different issues throughout their lives in relation to this, ranging from painful menstrual cramps, early onset menopause, vaginal dryness, and even just a lack of ability to connect with their partners due to stress and other factors. From researching these issues and finding out how cannabis can positively impact women, I wanted to generate more awareness and dialogue around these topics so that they could take advantage of the benefits.

Do you have any advice for women who are looking to incorporate cannabis into their lifestyles for the first time?

I would say to seek out online resources to do some research and get a better understanding of how cannabis is being used and why people find it so beneficial. We hope that the Van der Pop website is a helpful resource for this, as it offers an overview of different stories that show how women have been able to overcome both physical and emotional challenges because of it.

The Van der Pop survey showed that there’s a keen interest among women to incorporate weed into their exercise routines, do you have any advice for those looking to do so?

Do not start with bikram yoga -- I’ve definitely learned that it takes a little time to manage that.

While pre-made edibles aren’t legalized yet, I know a lot of people have preferred to use homemade ones to workout with instead of smoking -- which can be hard on the lungs before a tough workout. That said, it’s important to keep in mind when using edibles that they’re not always predictable, so remember that there may be little trial and error at first. I’d recommend doing some research beforehand to see what dosages to take, or talking to your doctor if you’re comfortable doing so.
3.5
Score
Popularity
Activity
Freshness
Attend Future Festival