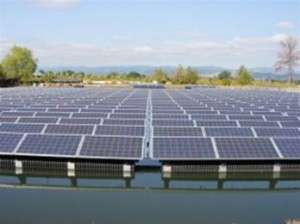 Far Niente which is a vineyard is the first floating solar farm. It is being called a floatovoltaic solar array consists of almost 1,000 solar panels connected to the pontoons that float in the irrigation pond. Along with that, there are 1,300 more panels next to pond. Adding them all up, 400 kilowatts of energy can be generated during peak time. That amount of electricity can already be accounted as the annual use of power by the winery.

The solar array is situated in the 100-acre Martin Stelling Vineyard located just behind Far Niente. Approximately, one acre of the vineyard was removed to hold a part of the system. Most of the system was positioned to float on the pond.

The use of solar power is actually part of Far Niente's program for producing luxury wines by sustainable means. Other practices considered to be eco-friendly at Far Niente include organic farming, recycling, the use of hybrid company vehicles and biodiesel fuels for other farming vehicles.