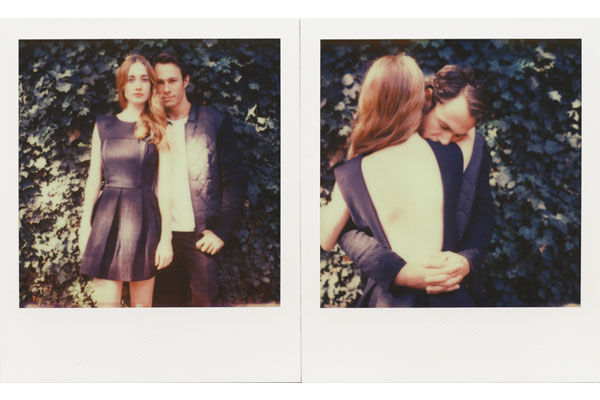 Meghan Young — October 1, 2013 — Fashion
References: americantwoshot & refinery29
Share on Facebook Share on Twitter Share on LinkedIn Share on Pinterest
The American Two Shot Fall 2013 lookbook is cheekily titled 'Mom's Home,' which suggests that the two lovebird characters had to get creative when romancing each other. Of course, they do so in an old meets new sort of way thanks to the use of iconic Polariods, vintage styles and much more. Shot indoors and outdoors, the photoshoot is adorable and playful, which complements the casual chic outfits perfectly.