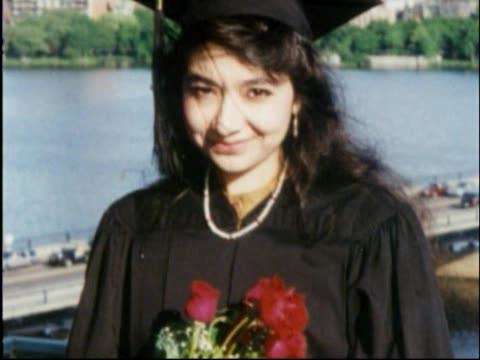 But Aafia Siddiqu is making headlines for more reasons than just the planned poisoning.  Specifically, Siggiqu is female and an MIT-educated neuroscientists.  Yes, a brain doctor.

Aafia Siddiqu was identified as an al-Qaeda associated terrorist in 2003.  She was then held (and abused) for years in a Bagram Airbase, according to her lawyers.  This week, she was formerly charged for assaulting and attempting to kill American soldiers (and Carter).

We typically expect terrorists to be male, but there’s no reason that the fairer gender shouldn’t be involved.

Although she may be one of the most recent female headliners, Aafia Siddiqu isn’t the first.  In the early 1900s, ex-exotic dancer Mari Hari was a famous spy who was executed for espionage in 1917.

But instead of being a stripper who poisons people, Siddiqu is a brain doctor who poisons people.  I’m not sure if neuroscience is more or less glamorous than stripping, but both occupations work well as James Bond villain characters.

As a side note, the idea of a brilliant female terrorist brings up an interesting point.  A difference between psychopaths and terrorists is that terrorists are often motivated by religion and righteous ideals.  Accordingly, it’s more possible to see brilliant brain-doctor terrorists than it is to see the same suspect become a regular criminal.
3.1
Score
Popularity
Activity
Freshness