The Emotion Behind Science

The Power of Meditation

The Positive Impact of Rejection 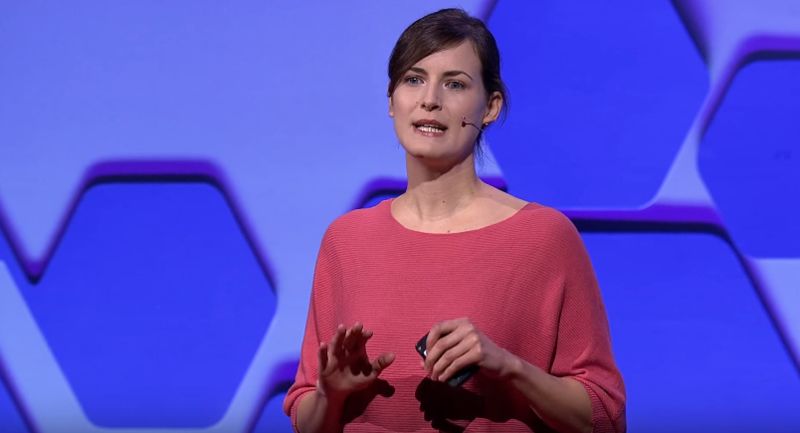 Ilona Stengel's Talk on Emotion Considers Its Impact on Research

As a half-alien being, Spock is able to control much of his emotion, but his human side causes him to constantly be in a struggle between purely logical and emotional thinking. This causes him to have contradictory behavior at times, and affects much of the plot in the series. With this pop culture reference, Stengel communicates the relationship between science and emotion that's often discussed, and shows that the latter can never be completely dissociated from.

Another example that Strengel speaks to is her work on OLEDs, or organic light emitting diodes. As she continued her research on this, the company that had hired her decided to discontinue the project, however the results that she and her team showed revealed the great power emotion can have. Although the team has decreased in size, the sense of purpose the remaining members had grew stronger, as only the most dedicated stayed behind to continue what research they could. This resulted in a dramatic increase in output, and more findings.

After drawing from her personal work experience to show the impact emotions can have on science, Strengel goes back to Star Trek, taking from another example to demonstrate a similar rise in dedication after a series of events called upon the characters to empower themselves. With these different references, Strengel shows how emotion and logic work together in challenging times, and that emotional impact should never be underestimated.
5.4
Score
Popularity
Activity
Freshness
Get Better and Faster

Generating Peace Through Laughter
In His Talk on Laughter, Clint Darr Shows the Bonds It Can Form
play_circle_filled