The Value of Self-Love

Benefiting from a Positive Mentality 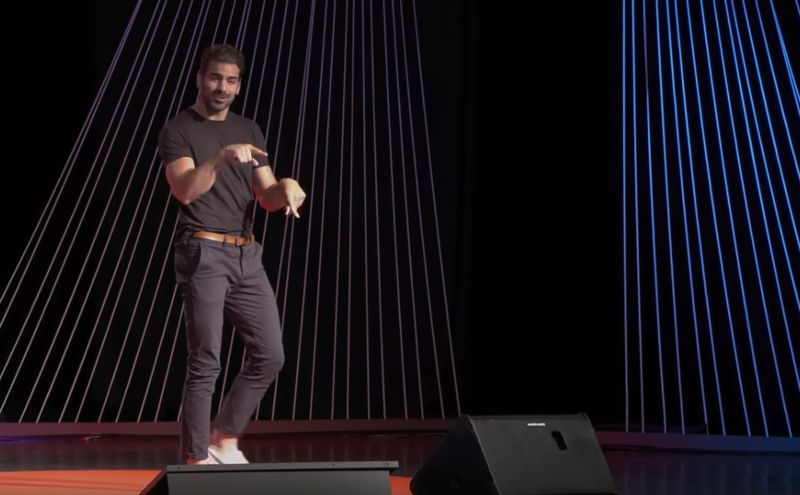 Amy Duong — October 5, 2018 — Keynote Trends
References: nyledimarco & ted
Share on Facebook Share on Twitter Share on LinkedIn Share on Pinterest
Nyle DiMarco is an actor, a model, and an activist who recently delivered an influential TEDx talk about deaf communication. DiMarco grew up deaf and he is spreading awareness and positivity around this communicative barrier to prove that there is so much more. He shares his uplifting vision of improving the lives of deaf youth globally, having understood the experience at first hand. DiMarco marks milestones in his industry as the first deaf winner of America's Next Top Model and winner of Dancing With The Stars as well. Although he has achieved such great titles, he perceives his greatest accomplishment as becoming a face to represent the deaf community all over the world.

DiMarco begins his talk with a story of the times he lived in Naples, Florida, four years ago, where he was the only deaf resident of the small coastal town. He sat by the water with a friend one evening when he was asked: "Have you ever wished you could hear?" He realized everything going on around him while his world stayed silent and answered "no" because he loves who he is. He was born deaf and it shaped his childhood as it was all he'd ever known, making his outlook something many people who hear can never understand.

He recalls the moment when he asked to join the public school in fifth grade and leave deaf school. DiMarco's desire to learn about it led his mother to enroll him in public school. This allowed him to interact with his hearing peers and learn about the world around him through a different perspective. He stayed for one year before returning and realizing that the deaf community is where he thrives. He got to work on setting up his own foundation, the Nyle DiMarco Foundation, with the goal of improving the lives of deaf people globally. He is working alongside another organization on legislation of a bill to ensure that all deaf children have access to language between the ages of 0-5. Before the age of 5, children have the innate ability to create a foundation in language to ready them for their lives. DiMarco encourages others to become their allies in helping the world understand this community -- to join them, fight alongside them, and for them in giving children what they need to thrive.
5.9
Score
Popularity
Activity
Freshness
Get the 2021 Trend Report FREE