The Prediction of Products 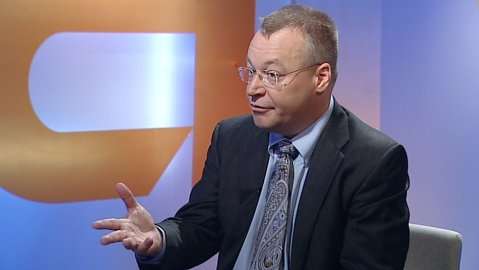 Jaime Neely — October 6, 2012 — Keynote Trends
References: nokia & youtu.be
Share on Facebook Share on Twitter Share on LinkedIn Share on Pinterest
In this smartphone keynote, the CEO of Nokia Stephen Elop discusses the shift taking place in the mobile industry. While in the past it was a competition between individual systems and devices, the industry is now witnessing a war of ecosystems. These "ecoystems" according to Elop include the device's hardware, its operating system and the applications created for consumers. Elop touches on the brand's decision to embrace Windows Phones; it saw the opportunity to differentiate itself and ran with it.


Announcing the company's expansion into India, Russia, South America and South Korea, Elop reviews the brand's next steps and movements within the industry. With more boots on the ground in markets all around the world, the diversity of developpers and applications will increase to a staggering degree, helping stimulate local economies and overall experience of the actual device. Stephen Elop's smartphone keynote demonstrates the extent to which the device is so much more than a cell phone in the 21st century.
1.9
Score
Popularity
Activity
Freshness
Jeremy Gutsche Keynote Speaker