The Economic Power of Women
Next
Set of
Related
Ideas 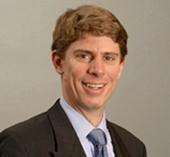 To begin, he lays the foundation by defining strategic planning as an "integrated set of choices that positions a firm within an industry to generate superior financial returns in the long run." According to Siggelkow, there are three tests a strategy must pass: external consistency, internal consistency and dynamic consistency.

Siggelkow then gets to his point, which is talking about the proper way of using science to influence business strategy. On one side of the coin, you have a hyper-scientific method used by some firms which essentially relies on running a lot of numbers and producing a ton of data (not all of which is relevant or useful according to Siggelkow.) On the other side is the decidedly anti-scientific methods which involve "creative jam sessions" and thinking outside of the box.

The proper way to utilize the scientific method of strategy is to come up with a creative idea, which leads to a new hypothesis, which leads to designing tests around that particular hypothesis.
5.5
Score
Popularity
Activity
Freshness
Attend Future Festival