Science and the Economy

Lessons from Robots
Next
Set of
Related
Ideas 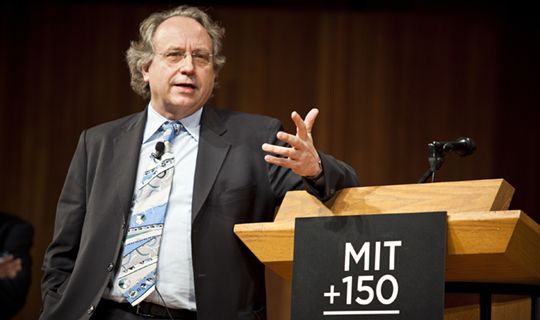 Advanced technology like robots are making its way into the lives of many, starting with homes. The idea first began when assembly kits were sold in stores as toys for children to build their own cyborg. Eventually, these machines evolved into more practical autonomous ones like lawn mowers and vacuum cleaners, making them easier to welcome into the household.

Many countries have developed cyborgs that include artificial intelligence and can even mimic human emotions and reactions. A popular question that Dr. Brooks is asked is that if robots are becoming more and more human-like, would society need to give them rights? The professor responds by delving into the world of science, using modern molecular biology to define humans as machines as well. He explains that in order to fully accept robots into this world, humans must give up their "specialness." He completes his robotics keynote with a lighthearted comment, reassuring the audience that despite the recurring movie theme of robots dominating the world, the possibility of humans creating an unwanted threatening machine is highly unlikely.
3.1
Score
Popularity
Activity
Freshness
Get Better and Faster